I’ve been waiting to get my hands on one of these Fleshlight Shower Mounts for a while now. They have been available to buy in the States for some time, but they have only just become available to buy in UK stores so I thought it was about time I reviewed it. 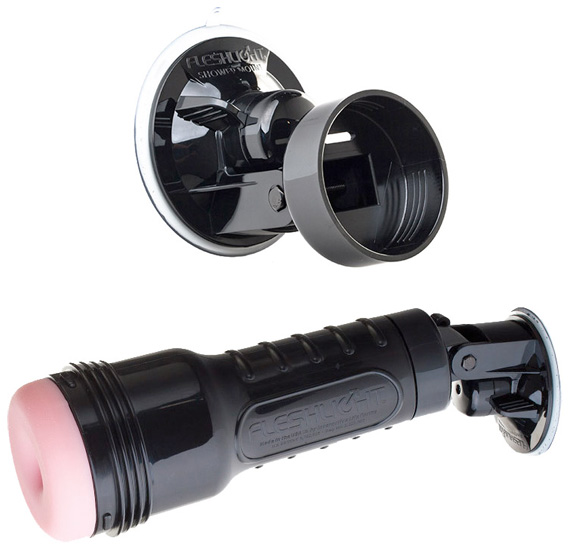 This product is basically a mount for your Fleshlight that allows you to use it hands free. It’s described as a shower mount but it can actually be used on any smooth surface to allow you to use your Fleshlight hands free and give a much more realistic experience. Using the mount would make it feel more like sex and less like a wank. 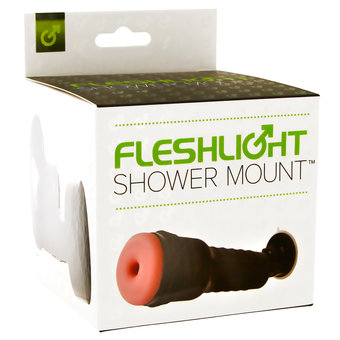 When you find a suitable surface to attach your Fleshlight shower mount, you simply place it against the surface and pull the lever down from the ‘off’ to the ‘on’ position to keep it in place, much like you would with a Sat Nav windscreen mount. Then finally you adjust the angle of your Fleshlight so you can easily insert your cock.

One of the things I would advise to be careful of and something that very nearly caught me out is be very careful with the knob that’s used to adjust the angle. When I was fiddling with it (the knob on the fleshlight shower mount, not the one on me lol :)) it went flying off and could of ended up down the plughole!

So keep that in mind and take caution when adjusting the angle. I’m sure you could replace it with a nut from the local DIY store if you did lose it but lets be honest, who needs the hassle.

The Fleshlight Shower Mount doesn’t work with all Fleshlights

The Fleshlight Shower Mount is compatible with most of the Fleshlight range but beware as it doesn’t work with the following Fleshlights:

My experiences with the Fleshlight Shower Mount

I found best results using the Fleshlight shower mount against the glass of my shower cubicle. I tried it on the tiled wall but once when I was using it came unstuck, and fell off  and nearly broke my toe! Once it’s attached to the glass of my shower cubicle though, it is stuck fast and going nowhere and I’ve used it countless times with great results. Using my Fleshlight hands free makes it much easier to close my eyes and pretend I’ve got a girl bending down in front of me and I’m taking her from behind. This is less realistic when using my Fleshlight the conventional way.

I would definitely recommend trying out the Fleshlight Shower Mount as it takes the Fleshlight to a whole new level. It’s great price is another reason why you can’t really be without this bit of kit. I paid just £19.99 for mine from LoveHoney which included free delivery.

**CLICK HERE TO BUY YOUR FLESHLIGHT SHOWER MOUNT FROM LOVEHONEY ** 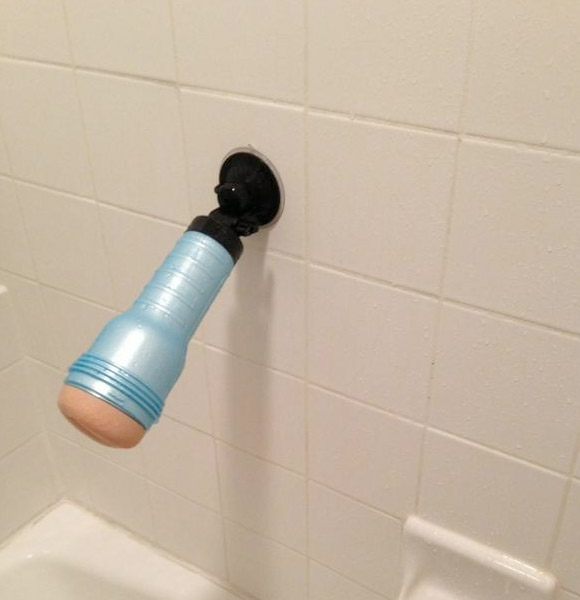